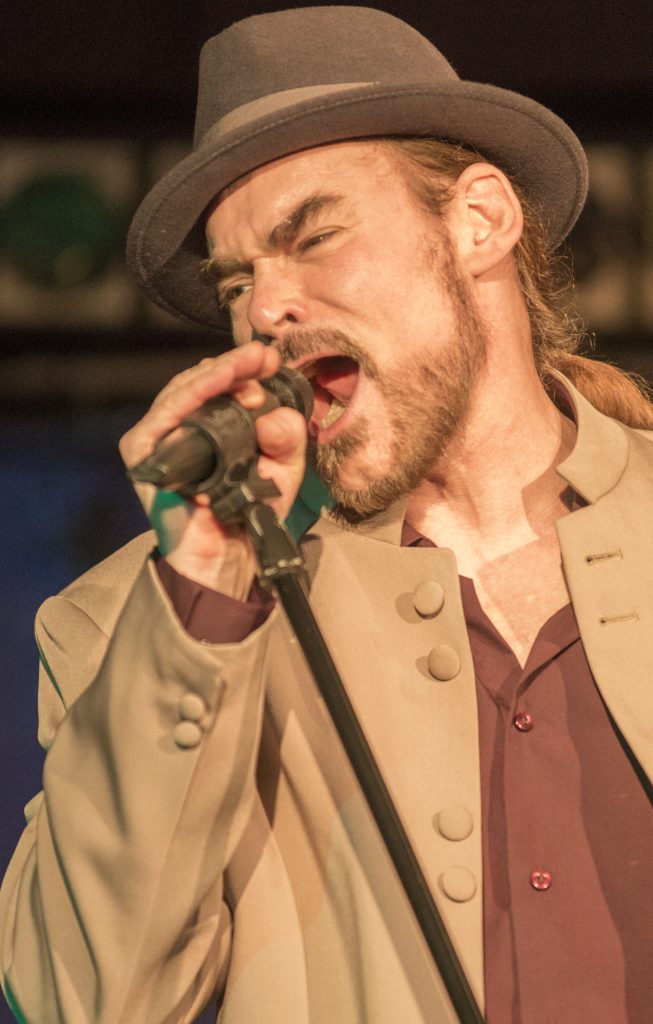 “The explosive brass sections, bombastic lead vocals, and vocal screeching from White culminate into a sound so unlike anything else in the indie scene right now. ‘Groove Thang’ is undoubtedly one of the best independent records thus far in 2017. Inspired heavily by blues, dance, funk, rock, and pop, the performer has a particularly unique sound unto himself that has garnered him attention and accolades in the indie community. Frankly, there may not be any other artist in the scene that sounds quite like Stone White, which is an extreme rarity.” – The Independent Spotlight

“A dazzling entertainer, a stunning performer and a versatile musician; these are some of the adjectives that come to mind when describing Stone White, a driven, charismatic and unique artist with an explosive attitude. His recent CD release, “Groove Thang” is chockfull of stunning grooves, funky vibes and bluesy overtones, following in the footsteps of masters such as James Brown, Otis Redding, The Beatles or The Rolling Stones. Stone is an absolute master at translating his love for old-school soul, rock and R&B into a modern and appealing blend of sound that captures the attention of a broad audience.” -The Bandcamp Diaries

Stone grew up in Nashville; he started acting in junior high school and played in his first band in his late teens. He played in several bands singing old R&B, blues, country, 50’s music and rock. After a few years of singing in cover bands and writing songs he released an independent CD of all original songs called “Someday, Someway” that was voted best independent release in the Nashville Scene magazine reads poll. Prompting the reviewer to write “Someday, Someway” is an eclectic blend of Southern Rock, Country Blues and Pop with a little something for everybody. Stone White delivers a poppy combination of Garth Brooks, Charlie Daniels and ZZ Top.” Stone was also voted third in the “Best Male Vocalist” category (behind Vince Gill and Garth Brooks) and third in “Best Songwriter” (behind Vince Gill and Bobby Green). He has toured with his theatre company in 15 states filling up 2,000 seat venues such as the Memphis Cannon Center, Knoxville Civic Auditorium, Chattanooga Memorial Auditorium, Mahaffey Theater and the Columbus Veterans Memorial.

The first thing you’ll probable notice when listening to Stone’s music is the variety of sounds and influences. Although as a vocalist he classifies himself as a blues singer, he has an obvious love of dance and brings funk, rock and pop sounds to his music. His first performances was as a 5 year old standing on tables in the bar his mother worked at singing Elvis songs (with full hip and leg gyration) for candy tips and he was hooked. Today you will see his vast experience in his high energy stage presentation using his theater and dancing background to electrify audiences and create a fun and engaging party experience for everyone.