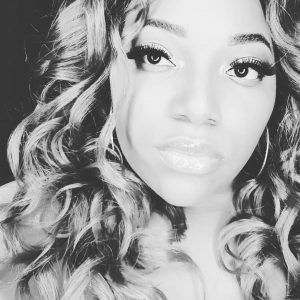 Picture the ultimate blend of Pop, R&B, EDM, Soul and Hip Hop. Music that defies genre. Delivered with raw vocals and heartfelt emotion, Tamara Bubble creates timeless hits that will be around for years to come.

Tamara has also had some major licensing wins both independently and with her self run sync agency (“For Goodness Sync”) including 7 syncs in one season of BET’s “Hustle in Brooklyn”, Hulu’s promo for ‘Shrill’, NBC’s Good Girls promo, two HBO ‘A Black Lady Sketch Show’ promos, commercials with AT&T, Facebook, The Confectionery Co. and Cadillac as well as in show tv placements on CW’s ‘All American’ and HBO’s ‘Insecure’ among others.

In addition, Tamara has made her way onto a the official soundtrack with 2 original songs for German feature film production ‘Into the Beat’ and “Laundry” is currently playing in 24 hour fitness and planet fitness gyms nationwide.

For Goodness Sync is a fast-growing, music licensing agency known for “clean” urban music. We specialize in Hip Hop and Pop, but also represent a newly expanded roster of artists, songwriters and producers in R&B, EDM, Rock, Blues as well as hybrid-blend genres.