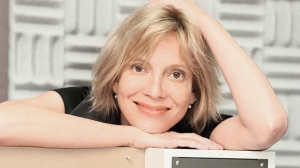 Tamara Allegra Conniff is a music expert, entrepreneur, and founder of music portal TheComet.com and is current EVP of Business Affairs at Roc Nation Publishing.

Formerly the editor-in-chief of Billboard, she was recently a judge on the Mark Burnett produced series “P. Diddy’s Starmaker” on MTV. Prior to “Starmaker,” she served as president of music services for Frontline Management Group/Ticketmaster where she oversaw all non-management areas for the company included VIP ticketing, branding, digital and merchandizing. She notably launched the first-ever artist branded internet radio stations in partnership with Clear Channel Radio.Previously, she helmed Billboard as chief editor and associate publisher, where she was charged all aspects of the Billboard brand including print editorial, Billboard.com, Billboard mobile, face-to-face events, The Billboard Music Awards, and licensing. She successfully spearheaded Billboard first major print redesign in three decades. Billboard won the 2006 and 2007 Eddie Award for best Media and Entertainment publication.Prior to Billboard, she spent five years as the music editor for The Hollywood Reporter where she covered daily news, did investigative reporting and wrote a weekly column. She was also senior editor in charge of music for Amusement Business.She spent two years as the senior editor of New York Casting Magazine, a New York City based entertainment trade publication, where she covered film and television and wrote a weekly column.She also was the writer in charge of entertainment for the BPI Newswire, an internationally syndicated news service.She has been covering the music business since she was 17 years old when her first article appeared in Music Connection.She has been interviewed as a music expert for such outlets as CNN, Fox News, CNBC, 20/20, Access Hollywood, Extra, A&E, The Today Show, NPR, MTV, VHI, E!, BBC Television and Canal Plus. She was named one of Crain’s New York Business 40 under 40.Her writing has appeared in The Los Angeles Times, The New York Post, The Boston Globe and in a number of book collections, among other outlets. She is fluent in French, Spanish and German.