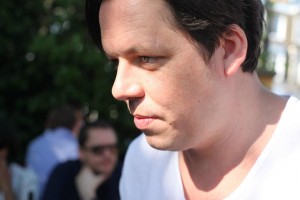 Jonathan started his musical journey playing drums in The Busking Shagwagon who were cruelly awarded last place at a Battle of the Bands final. It was then he realised he was not destined for a career as a musician and joined  Songseekers International (now The Soundlounge) in 1998. He worked there for four years as a music supervisor for ad agencies working on campaigns including Pirelli, GO! Airlines, Adidas, Levis, Hugo Boss, KFC, Ford and Guinness. In 2002, he joined Bucks Music Group and is responsible for the Creative placement of their music in Commercials, Film, TV and Computer Games and Digital.

In 2012, Jonathan won ‘Best Sync In Film’ at the inaugural Music & Sound Awards for ‘It Could Have Been Better’ – Joan Armatrading in Kill List