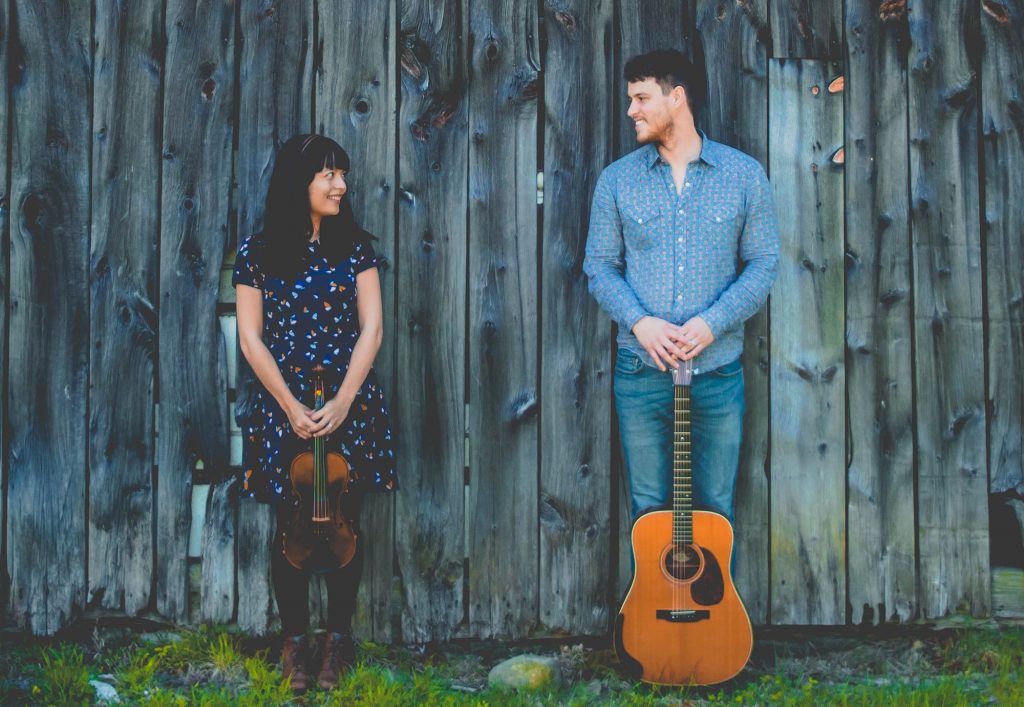 Canadian Folk Music Award nominees The Bombadils are Luke Fraser and Sarah Frank, a vibrant husband and wife duo out of Halifax, Canada, playing a blend of traditional and new folk and bluegrass music with front porch style and classical grace. Their music has taken them to venues including Koerner Hall in Toronto, Canada, Tivoli Gardens in Denmark, and Wintergrass bluegrass festival outside Seattle, WA. Drawing from Canadian, American, and Celtic folk traditions, the two pour the spirit of story-telling and kitchen parties into their songwriting. Luke brings guitar, mandolin, and home-grown east coast vocals in harmony with Sarah’s sweet but powerful singing, lyrical fiddle playing, and claw-hammer banjo.

The Bombadils met in 2009 while studying classical performance at McGill University in Montreal, QC, initially performing as a five-piece Irish pub band as a fun way to break up their studies. In the years to follow, they began recording and touring throughout Canada, and internationally. Their album “New Shoes” (2016) was nominated for two Canadian Folk Music Awards and won Folk Music Ontario’s Album of the Year award. They are currently working on a new album of all original songwriting set for release in late 2021.

“[The Bombadils] should already be sharing stages with the likes of Iris, John Prine, Roseanne Cash, Emmylou Harris…” — John Apice, No Depression (USA)