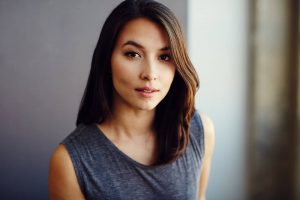 Winslow Bright is a music supervisor, actor, and recording artist based in New York City. She serves as Executive Producer at Search Party Music with owner Randall Poster, a renowned music supervisor celebrated for his work with influential film directors including Wes Anderson and Martin Scorsese. Bright works closely with advertising agencies, production companies, and clients to find and create the right music for their original content.

Some of Search Party’s advertising clients include Calvin Klein, Audi, Target, Estee Lauder, Google, and Nike, to name a few. Search Party also specializes in full-fledged brand partnerships ranging from creating store playlists for Warby Parker and Tory Burch, to more comprehensive projects including curating concert series, finding artists to serve as brand ambassadors, casting artists in advertising campaigns, and more. While at Search Party, Bright’s production work has been nominated for awards by The Association of Music Producers (AMP Awards), the Association of Independent Commercial Producers (AICP), and the Women In Music Awards.

Outside of her role at Search Party, Bright is currently supervising two indie films that will soon be submitted to film festivals—Far Out and Love After Love. As an actor, Winslow is represented by Jordan, Gill & Dornbaum and Cinetic Media. Her acting career includes recent commercials for E! and MasterCard, as well as recent co-star rolls on ABC’s “The Family” and CBS’ “Unforgettable”.