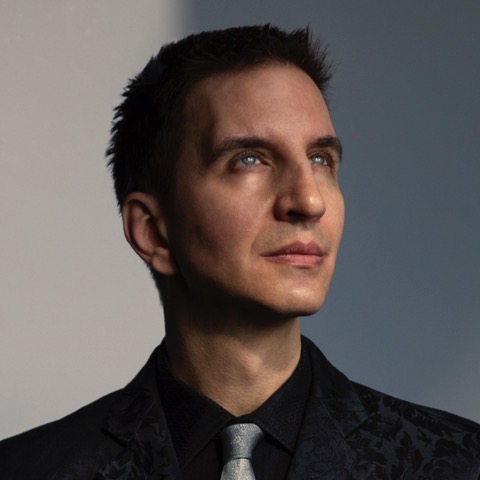 Zenon Marko is a composer, producer, electronic musician, DJ, drummer, studio owner, and philosopher residing in New York City. Marko produces, composes, and performs in genres ranging from rock, classical, ambient, progressive, electronic, techno, house, “world”, dub, neoclassical, downtempo, and improvisational. His work has been released and on the charts internationally, and placed in TV programs, ad campaigns, fashion shows, and live events. He works under his own name as well as under various project names including that of his collaboration Metasonica. Marko owns Disreality, a music production company, studio, and label in TriBeCa in downtown NYC. In addition to his music projects, Marko is currently completing a Ph.D. in philosophy at The New School. He has just completed a new completely symmetrical concept album “Symmetry”, in an ambient/electronic style, which will also be re-created in other genres, including neoclassical and dub techno. Marko has also formed Sense Time, a new dub techno project with Alex Haas. A new multi-genre multi-lingual downtempo project is also in development. Marko also is developing a project in healing sound/music.