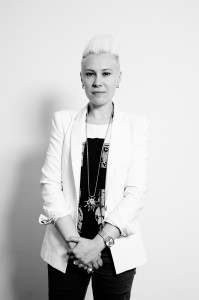 Natasha Baldwin began her career as a production assistant and then producer of TV commercials for brands such as Lee Jeans, Lindt, and Paco Rabanne, and music videos for artists such as Elton John and Leanne Rimes.  In 2001, she joined the Boosey & Hawkes Production Library team as a Music Consultant.  By 2004, Natasha became the Head of Music Consultancy (Music Supervision) where she was responsible for the Boosey & Hawkes’ UK synchs business and by 2007 she had taken over responsibility for developing the US and rest of world synch operations for the Boosey & Hawkes Group.  Natasha was responsible for such campaigns as the long standing Lloyds TSB “For The Journey”, Lynx “Billions” & Johnnie Walker “Striding Man” campaigns which still run today.

By the time that the Imagem Group had purchased the Rondor, Zomba US & UK, BBC Worldwide and 19 Songs catalogues along with the Boosey & Hawkes and Rodgers & Hammerstein Companies in 2009, Natasha as Group VP of Syncs & Creative Services, had become responsible for the biggest independent publishing catalogue in the music industry and started to develop Imagem operations in Los Angeles and Berlin in addition to Imagem’s existing Synch/Creative Services teams in London, New York and Amsterdam, exploiting of the all theatrical, classical, jazz and pop catalogues across the Imagem Group and throughout the world.  In February 2011, Natasha was given full UK board member status within the Imagem Group.  In response to this promotion, John Minch, CEO of Imagem UK, stated that she was “an extremely talented executive who has an excellent track record of success.” He further stated that she was “one of the most admired creative services experts in the music publishing industry and a huge asset to our company.”  In January 2013, Natasha was promoted to the worldwide board of Imagem Music Group, serving as Group President for Creative and Marketing.

Natasha and her teams work on internationally renowned TV shows such as Mad Men, Breaking Bad, The Good Wife and Glee, award winning movies such as The Master, Moonrise Kingdom and Prometheus, worldwide gaming franchises including Medal of Honour, Hitman Absolution, Dead Space and Grand Theft Auto along with worldwide brands including Samsung, Nike, BMW, Becks and Hugo Boss.