By Mark Frieser
SyncSummit
One of the best things to do as an artist or rights holder, to increase your chances of getting a sync, is to have a number of decent cover versions of popular songs ready when a music supervisor or ad firm comes calling.
Covering a few key songs that showrunners, music supervisors, ad creatives and directors use regularly (like these) not only increases your chances of getting a sync in the short-term, it’s also a great way in the long-term to introduce yourself and your entire catalogue to music buyers.
Why?
Because, as good as your original music may be, many projects call for a song proven to evoke emotion or suggest a time period to a generation or large group  — and if you can deliver one of these songs when it’s needed, you’ve just gotten yourself a sync. and a new connection.
The fact is, a good cover of a popular song can be a great alternative for a music supervisor or ad producer when the original work is either beyond their budget or the artist doesn’t want their master to be used.
So the next question is: what songs should you have at the ready?
This is where artistic choices matter.
>> Is it a genre you’re comfortable with?
>> Do you do a straight cover that sounds like the original or rework it to suit your own style and sound?
>> What you can recreate realistically?
>> Would doing a cover mesh with the kind of image you’d like to project?
Whatever you choose to do, if you’re successful, your version could end up being the go-to music for a music supervisor or ad producer (so long as the publisher is ok with the usage) in a bind, and that will go a long way in helping you establish yourself or strengthen your current position.
Also, here’s an interesting and worthwhile consideration for anyone doing covers from our good friend Mick Lloyd, the SVP of Licensing at Entertainment One:
“When pitching covers, you always need to keep in mind whether the Publishing can clear, or will the Publishing fee be so high, that it is outside the budgetary limits of the Music Supervisor. One possible way to get around this problem is taking the initiative to waive MFN (most favored nation) with Publishing on the initial pitch, or, the Supervisor might ask you to waive MFN if she wants to use your Cover. It’s also important to know which Artist/Writers have the power to never allow cover versions of their originals to be used as Syncs.”
Here’s some songs, frequently used, sometimes abused, to get you started:

On the one hand, every time I hear this come on, I’m like “Oh, God, can’t someone use a different Leonard Cohen song?!?” On the other hand, I like Leonard Cohen. Before you do your cover, check out the 60 covers someone else did.

2.  Bad To The Bone – George Thorogood And The Destroyers

There’s only one scene (below) I think this song belongs in – though more music supervisors and ad producers than I can count disagree with me.

Most of the time, this is the lead-in to a love scene.  But I like this usage.

And another Jack Black cover just for fun.

5.  Over The Rainbow – Judy Garland (version)

Again, overused, but still, an iconic work that evokes emotion and hope. That’s why they use it.

6.  All Along The Watchtower – Bob Dylan (Jimi Hendrix version)

7. Ride Of The Valkyries – Richard Wagner

For over a century, Wagner’s been the go-to choice for scenes depicting war, conflict… and comedy as evidenced below.

When putting together this list, I was thinking there should be a separate list of songs used a lot by Martin Scorsese, but just I added this one, which he used in three separate movies, instead.

9.  Walking On Sunshine – Katrina And The Waves

I never liked this song, but a lot of filmmakers sure do.  Here’s my favorite use of it.

Hey everybody, we’re in fookin’ London and well ‘ard! Or in this case we’re running for dear life.

11.  You Make My Dreams Come True – Hall and Oates

Nothing like a fun 80’s song to celebrate coming of age, though I’m more of a fan of their later work like “I Can’t Go For That (No Can Do)”

Some people think of Ferris Buller, but this song makes me want a Twix.

Is there some martial arts about to go down badly in a film or TV show?  There’s a song for that…

I actually love this song, so there’s not a way to overuse it in my opinion, but I like it when it’s not used as a pure feel-good track, like this use.

15.  For What It’s Worth – Buffalo Springfield

Well, we’re in the 1960’s again and there’s something serious happening – usually around war, conflict and personal emotion.  Like this.

Hey everyone, it’s the 80’s and we’re in love, so let’s use “True”.  I hear Steve Buscemi is available for Christenings and Bat-Mitzvas.

Well, I know when I think of Black Friday down at the Wal-Mart, I think of AC/DC.  Doesn’t everyone?

When you’re looking for a song to evoke a certain picture of The South, this is it.  But I like this use better.

Another perennial usage case for anything dance related.  But not always.

This song seems to evoke a lot of emotion in a lot of projects for a lot of people.  Here’s but one example.

If you’re Cheech and Chong, it’s as if this song was written for you – though it’s also used in tons of cases involving SoCal and, well, Low Riders.

And If you have anything else to add to this list, just send me an email and I’ll add it. 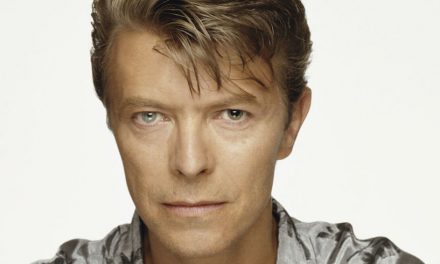