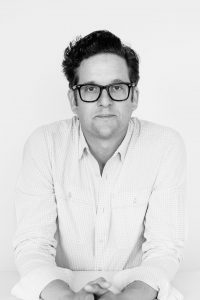 Carter Little is a music supervisor and soundtrack album producer whose credits include the 8-hr. Grammy and Emmy nominated documentary series, “SOUNDBREAKING: Stories from the Cutting Edge of Music,” Sony Pictures Classics Hank Williams biopic “I SAW THE LIGHT” and the RZA’s STAX infused kung fu epic “THE MAN WITH THE IRON FISTS.”

Trained as a musician and a composer, and the son of a Metropolitan Opera singer, Little’s work ranges from documentary to feature films and ad campaigns to television series. As a Soundtrack Album producer, he has collaborated with Grammy award-winning artists including The Black Keys, Kanye West, Wu-Tang Clan, St. Vincent, Whiz Khalifa, and Fleet Foxes.

Current projects include a national NASCAR series TV campaign, a CNN feature Documentary “SCANDALOUS” about the history of tabloid media and the National Enquirer, and Julie Taymor’s Gloria Steinem biopic,”THE GLORIAS: A Life On The Road.”