ALL TIMES ARE LISTED IN CENTRAL TIME

Since one of the most important elements of the Sync/Tech Summit is networking, we’re going to start the conference with a introduction of you and your music. Each person attending, virtually or in person, will have 90 seconds to present themselves to speakers and other attendees: 60 seconds to introduce yourself and 30 seconds to play a sample of your music for the speakers and attendees of the Sync Summit. All attendees, virtual and in-person will participate.

Jessica Gramuglia is the Head of Music at Condé Nast Entertainment where single handedly built their first music department from the ground up. She oversees music across all of their brands’ (Vogue, GQ, Vanity Fair, Pitchfork, etc.) productions including editorial, branded, white label, podcasts, live stream events, social, marketing, unscripted, and international. She founded her own boutique company, Awkwardly Naked, in 2013, providing music supervision, administrative, and consulting services.

She is a first-generation American stemming from southern Italian routes, based in the Hudson Valley of New York; she is a certificated Paralegal specializing in Intellectual Property/Copyright Law, and also received her Bachelor of Science in Music Industry from Northeastern University in Boston. Previous work includes Warner/Chappell Music, Inc., Warner Bros. Television (Big Bang Theory, Fuller House, The Middle, Rizzoli & Isles etc.), Freeform/ABC Family (Baby Daddy, The Letter, Monica the Medium, Young & Hungry, etc.), and World Surf League where she also Co-Chaired their first Sustainability Committee. In addition to music, she also has many years of experience in Publicity (KT Communications, Titan Entertainment, E2W Collective, and The Burgett Group), Marketing, and Events.

The USA and Japan are the two biggest markets for music and sync on the planet, and in many ways the most challenging markets to break into. Many talented US artist who wish to break their music in Japan find it incredibly difficult to connect their music to decision makers and to learn how to find collaborators for projects. And for Japanese artists, breaking into the US market is daunting due to language, cultural and business challenges. We’re here to help change that. 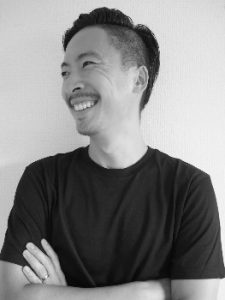 In this conversation, one of Japan’s top music supervisors joins one of the top sync agents representing Japanese music in the USA, Mark Frieser, to give you a breakdown of the Japanese market, how it works and where the opportunities are for sync, composition and collaboration that can lead to your music getting placed in Japan, and how Japanese music connects with projects and music supervisors internationally.

Now here’s some info on Seiya.  Seiya Matsumiya’s path in music began in Southern California’s thriving music scene where as a teenager he performed in a number of local independent bands. After graduating from Berklee College of Music, Seiya moved to Los Angeles to continue performing, and while sharing the stage with artists such as Flea, Maroon 5, Cat Power, Apparat, and more, he also composed for TVC, film, film trailers, and games.

In 2013 Seiya began his career as a music supervisor in Hollywood, and worked with
clients in the US, Japan, and China. He has since received a number of awards including an Emmy, Clio awards, and PromaxBDA awards. 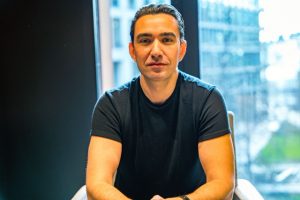 Joshua leads the company wide development and execution of initiatives related to music and culture marketing across the Coca-Cola Company varied brands and initiatives.

Prior to rejoining Coca-Cola in 2021, Joshua served as SVP, Strategic Marketing & Enterprise Partnerships at Universal Music Group based in London and Los Angeles, where he collaborated with various labels and artists to build best-in-class, award winning collaborations with the world’s biggest brands and artists across the globe. His accolades include the development of large-scale global music partnerships with the likes of Coca-Cola, Samsung, LEGO, Perond Ricard  and FIFA; many of which were first to market, both in terms of innovation and leveraging completely new music partnership models.