In our last three SyncDeals articles, we covered, Syncola (people asking you for upfront fees to rep your music), what a master sync license is and how retitling works.

In this installment of SyncDeals, we’re going to cover works for hire and buyouts.  These types of deals are a bit different than the typical syncs that most people do – which have a upfront fee (or not) and a royalty fee on the backend. Let’s break it down.

What’s a buyout versus a work for hire?

Basically, a work for hire is a piece (or pieces of) music you create/sell for a set, one-time fee, where you either give up all future ownership rights and future royalties, and it becomes the exclusive property of the buyer (which also happens to be a buyout), or is a commissioned work for which you’re paid a set usage fee and allowed to retain ownership on publishing/master rights (that’s not a buyout…).

So what is a buyout? A buyout can be a work for hire, or it could be an existing track where a buyer pays you a one-time lump sum to buy out all rights to a piece of music. After this, only the buyer can use the track.

These types of licenses are distinct from royalty-free music – which a lot of people tend to call buyout music, but it’s something else entirely.

Royalty-free music is a type of non-exclusive music license where you pay a lump sum to use it, with no future royalty payment to the seller, but the seller is allowed to re-sell this music to other buyers.

In any buyout, there’s no backend or performance rights paid to you for future usage, just one lump sum.

So why would anyone want to pay more upfront rather than a bigger backend?

In a word, simplicity.

Much of the time, especially in national, regional or global ad campaigns, it’s simpler for the buyer to pay one sum and not have to worry about the complications of international royalty payments.

You’re a global brand/advertising company launching a multi-million campaign in Europe/S. America East Asia.  The last thing you want to deal with is chasing down who to pay splits, performance rights, publishing, mechanicals and other fees to unless its absolutely necessary.

In a case like this, it’s more than worth it, if the budget is there, for a buyer to pay a seller a higher lump sum for a track, own it outright and then move on the the next task.

So should you sell your royalties away and take a work-for-hire or buyout? It depends.

On the surface, you may not feel comfortable selling your rights away in a work-for-hire or buyout, but frankly, I believe it depends on the opportunity.

Look at some of the following factors you should consider before making a decision:

If you answer yes to at least two of the above, I say go for it.

The real upside for you is that in the majority of cases, buyouts and works for hire are usually more lucrative as a lump sum deal than you’ll earn on the back end of a traditional deal.

That said, you do risk the chance that you’ll sell the rights to a song, then the song will then either become wildly popular or played a huge number of times and sold off the potential for significant backend revenue, but this is the exception, not the rule.

Just remember it is always your right to say yes or no to any deal, and if you ask, a buyer may be willing to opt to forgoing an buyout – even it it is a work for hire.

And of course, if you’re a well-known artist or composer, or the existing track is well known, your buyout fee will either increase exponentially or there won’t be a buyout on the table in the first place.

Still, for most cases, a buyout/work for hire is pretty simple and clearcut – and in many cases can be a much better payday and/or promo opportunity for an artist than a simple sync. Just don’t expect to every make a penny off the track once the deal’s done. 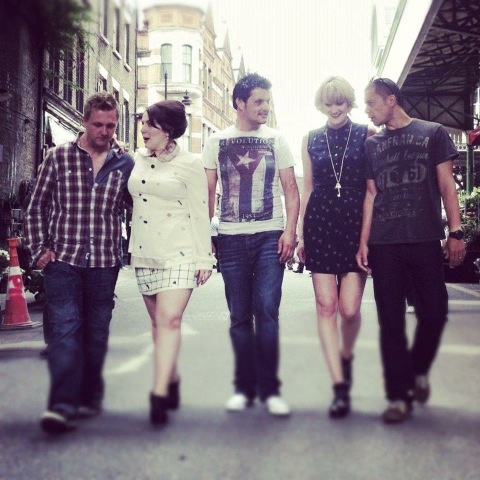