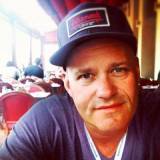 With his 27 years of experience as a music professional, Nis has worked in all aspects of the music business:
As a several times gold and platinum awarded songwriter and recording artist, producer, A&R director (EMI records), Executive producer (National television and radio),
and now holding the position as Creative director and Music Supervisor at Music sales – Nordic countries.

Nis works closely with a number of Film Directors, Producers and Composers and is involved from the first manuscript draft to final film.

As in-house supervisor for four of the most important Nordic film companies, music supervisor for a number of advert agencies.
Nis works objectively with global music catalogues.

Within the last two years (2011-13) Nis has synchronized music to more than 100 commercials and feature films.