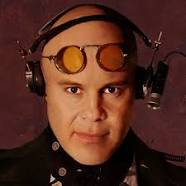 Perhaps best known for blinding us with science, Thomas Dolby has always blurred the lines between composition and invention. As a London teenager, Tom Robertson was fascinated with the convergence of music and technology. His experiments with an assortment of keyboards, synthesizers and cassette players led his friends to dub him “Dolby.”

In the 1990s, Dolby re-created himself as a digital-musical entrepreneur, founding Beatnik, which developed the polyphonic ringtone software used in more than half a billion cell phones.  Fresh from his sold-out UK/US tour, Thomas is joining Sync Summit as moderator of our advertising panel.

The Secrets of Sync Success: #1 How to present your music