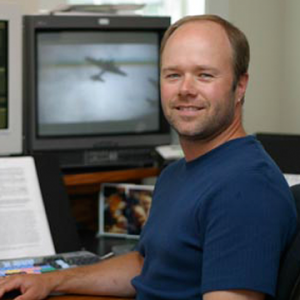 Erik Ewers has been working with Ken Burns and supervising editor Paul Barnes since 1990, getting his start as an apprentice editor on Empire of the Air: The Men Who Made Radio. A communications major at the University of Massachusetts, Amherst, Erik got his opportunity when Paul bought his aunt and uncle’s house: “I was thrown into the purchase and sales agreement – Paul wanted the window treatments and carpets, and my aunt and uncle wanted their nephew to be given an opportunity. They got my foot in the door, and it was up to me to keep it there.”

With Ken’s support, Erik has also started a production company of his own called YourStory Productions (www.yourstoryfilms.com), where he creates films, advertising, and promotional videos for the general public in a similar documentary film style.