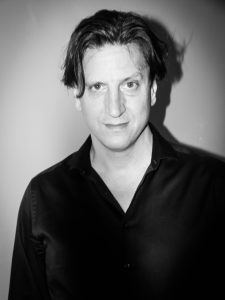 Ken got his start in music when he was 5 when he played his first recital on both trumpet and piano. The son of music professors growing up in Tennessee, he has bounced back and forth between genres, disciplines, and traditions all of his life. He plays several instruments proficiently including guitar, bass, drums, trumpet, and kazoo. He even sings.

After going to university in Madison, WI studying both music and communication arts, he relocated to Minneapolis, MN attracted by the strong creative scene there. Playing in bands, helping out on his friends’ films, eventually scoring them, and even writing music for the theater. He thrived in this environment.

Professionally Ken got his start with music for advertising as a freelance composer and then joined as a staff composer for Wow and Flutter where he worked in their Minneapolis and LA studios. In 2002 Ken and Carl White opened Minneapolis music and sound company BWN. As it grew, the company built a small but hard working music catalog. In 2014 Black Label Music emerged as the music company, and in 2016 Ken and Carl split the audio and music divisions officially as Ken took sole ownership of Black Label and Carl concentrated on the post audio business.

Black Label has had studios located in LA and Minneapolis, but over the last couple of years, most all efforts have come from the studios in Minneapolis where Black Label utilizes the rich, local talent pool and has built a strong artist in residence program. They are also very interested in discovering and utilizing the talent in other similar music hubs and love discovering talent at the source.

Personally, Ken has also made a return to writing music and performing for the simple reason of loving it. After many years in a studio, he is very happy playing out in the world again.