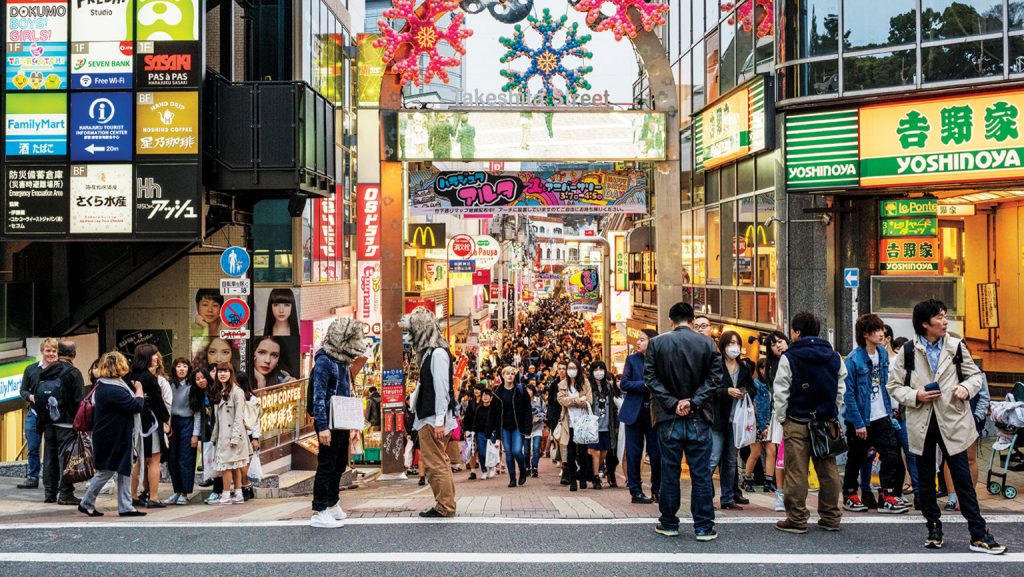 Sync Summit, the music licensing conference, is headed East. A networking event for music supervisors, brand managers, ad/synch agencies and licensors in film/TV, sports, gaming and mobile founded by Mark Frieser in 2012, the gathering has hosted over 10,000 industry professionals to date, with annual editions in New York, Nashville and Los Angeles. For its next meeting, the program will make its debut in Japan Oct. 31-Nov. 1 at the Future Seven complex in Tokyo’s tony Minami Aoyama district, just five minutes from the vibrant pop culture playground of Harajuku.

The move is well timed: According to IFPI’s 2019 Global Music Report, Japan is the world’s second-largest music market following the United States and ahead of the United Kingdom. Now worth over $2.8 billion, revenue from physical sales, mainly CDs, accounts for 71.5% of the market. And according to the Recording Industry Association of Japan, recorded-music sales in the market posted 4% growth in 2018, after three years of decline, with sales of digital music leading the way with 13% year-over-year growth.

An entrepreneur and global thought leader with experience in telecommunications, marketing, e-commerce and product development, by day Frieser serves as founder/CEO of music licensing agency Disconic. With Sync Summit, he wanted to create a forum for both buyers and sellers in the global synch market to come together. “Music’s central role is to drive messaging and emotion, to create great experiences that lead people to emote or buy,” he says. “There’s a real value in the people that manage and supervise music.”

Frieser talked to Billboard about Sync Summit’s Japan debut, the global synch market and the 2020 Summer Olympics in Tokyo.

What first attracted you to the synch business?

I felt for some time — starting in 2003 — that the future of music was tied to connecting it to other media and to ads to jointly build audience and distribution. In my mind, synch was like the new radio in terms of promotion of music. Just think about the power of a Super Bowl ad to make a band No. 1 overnight. And, in terms of revenue generation, synch will never go away. You can’t use music in an ad or film without paying for it. Those are two powerful business reasons to be in synch. But more than that, I like the give-and-take of the business. I love seeing artists get paid.

What has changed most in the market?

The music industry has woken up to the promotional potential of synch and composition for media and ads. Before about 2010, music for media was seen as an ancillary promotional/monetization method at best, and at worst, kind of useless and annoying. Now there are dedicated synch departments at all the majors, many minors and lots of synch agents — including me — working to service the industry. It certainly has been a sea change from when I founded this effort in 2012. With streaming video, online ads and apps growing in a seemingly exponential manner, there are more opportunities than ever. At the same time, music budgets for most projects are [shrinking] and are subject to margin compression, so to maintain, you have got to increase the volume of music you synch — at least in theory.

How do synch placements work in Japan?

The music supervision process is driven internally by producers, showrunners, directors and creatives in tandem with legal departments and assistants to deal with IP and logistics. There is only one single music supervisor in the mold of those you see in the U.S. and Europe [Yuichi Sakaguchi, P-Camp chief producer and chairman of the Japan Advertising Music Productions Federation], so we’ll have a one-on-one conversation with him. On TV, there are no blanket licenses for content, as in the U.K. and other countries, so there’s really no synch market for TV shows. For ads, if they are using a foreign song, it’s a similar licensing process to anywhere else.

How do the Japanese and international synch markets differ?

The Japanese market is akin to where the U.S. market was in about 1999. Music supervisors don’t really exist, but proto-supervisors do. There are people that act as clearance agents, legal clearance people, people that do the bidding of the creative head of a project, and there are people who work at the labels and publishers as well as at advertising music agencies that fulfill some of the functions of a music supervisor. There is not one type of person that is typically in charge of music for a project like in the U.S., but that is evolving. I believe once the utility is seen, the demand will increase. The reality of the market is that 90% of the music used is domestic or provided for free in exchange for on-screen promotion. That said, if you want to succeed in the Japanese market, the best way is to co-write with established songwriters in the market and have domestic artists record your music.

How has globalization impacted the sector?

Globalization has created more need for and opportunities for international music to be used in productions. Whether it’s in Italian, Punjabi, Hindi, Mandarin, Esperanto, Japanese or Xhosa, showrunners and directors require more authenticity in their projects for the simple reason that their audience demands it because the audience is global. That’s the biggest change, especially in regard to streaming — and this is a huge opportunity for artists and rights holders of international music.

What music currently dominates in Japan?

Positive, danceable music is the norm. J-pop mostly, and pop/EDM. Not hip-hop or rock as much. There is a place for “nostalgic” music from the ’80s and ’90s — domestic and international — because it brings people to a time and place that they know and love. Based on Japanese Society for Rights of Authors, Composers and Publishers figures for 2018, on the publishing side, some of the biggest revenue generated from international music was derived from versions of the songs [e.g., Hideki Saijo’s cover of the Village People hit “Y.M.C.A.,” which reached No. 1 in Japan]. This trend is likely to continue, as these songs are very attractive to advertisers due to their recognizability in the general public.

Another panel is devoted to anime. Why?

Scoring and synching for animation always has been part of the bedrock of how the Japanese music industry has made money. It has been mostly composition-based, but there are a good number of synch licenses for anime, and they’re increasing because there’s simply more content. It’s like anything else — does the music help tell the story effectively? That’s paramount. Beyond that, factors like price, licensability and the notoriety of an artist or a track come into play, but more than anything else, as always, it’s about how well the song works with the content.

What was the impetus for the “Women in Music” panel and the Lifetime Achievement Award?

We have had a deep relationship with Women in Music Japan since we began Sync Summit. We partnered on chairing the first Women in Sync Awards in New York in 2016 and have assisted their outreach in the local market. Specific to Japan, the good news is that there are more women in positions of responsibility in the Japanese music industry than ever before, and I included people like the manager of one of Japan’s top acts, executives at labels, publishers and other industry sectors — and this is a great evolution in the marketplace.

What types of music will get the most play at the 2020 Summer Olympics in Tokyo?

Within Japan, I believe the overwhelming amount of Olympic-related music will be domestic. There may be a few exceptions — and there are some real opportunities for you if you co-write with established artists and organizations. That would be my advice for anyone wanting to get a song into the domestic Japanese Olympics programming. More Japanese music will be used by international TV networks in the run-up to the Olympics, as well as by advertisers and brands. That’s a certainty. I can only hope that it’s not all versions of [Kyu Sakamoto’s] “Sukiyaki” or some other such cliché content, but rather something that represents the dynamism and excitement of Japan and its music.