On August 19, 2018, from Noon – 2 PM Pacific/3 PM – 5 PM Eastern, with Brian Vickers, Music Supervisor for Disney Studios in-house theatrical marketing team “The Hive” for what promises to be a fantastic Supervisor Listening Session.

Brian is the point person for multiple Disney Studios trailers and campaigns like “Avengers: Infinity War,” “Star Wars: The Last Jedi,” “Black Panther,” “The Incredibles 2” and a number of other blockbusters.

Brian also works as a television music supervisor, having worked on projects that include “Keeping Up With The Kardashians,” “The bad Girls Club,” and “The Real World.”

In 2011, Brian appeared as a performer with the group Afro-Blue on season 3 of the NBC show “The Sing-Off” – finishing 4th place behind the GRAMMY Award-winning group, Pentatonix. He has also performed alongside such musical legends as Smokie Robinson and Bobby McFerrin.

Brian Vickers is a native of Birmingham, Alabama and a proud alumnus of both Howard University and Full Sail University. With an undeniable passion for music, Brian continues to work with aspiring artists and musicians to bring out the very best in their music. 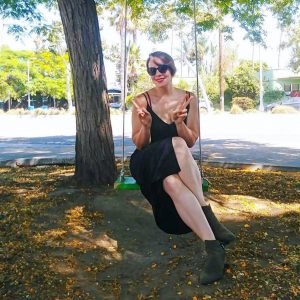 Hailing from Minnesota via NYC, Carlie Flores is an LA-based music supervisor. Currently, she is the Music Manager at Fox Sports and also works as an independent supervisor under her company Chick Chick Music.
“I spent my early years alone in my bedroom listening to Tori Amos, writing songs and watching alien movies. Jodie Foster in Contact is my spirit animal,” says Flores, who is a classically trained vocalist and pianist. Graduating from McNally Smith College of Music, her first introduction to the industry was as a songwriter and composer.
After accepting a job at Kobalt Music Publishing in 2013 in NYC, her passion for the business side of the industry bloomed. Since then, she has worked as a music supervisor and producer in an array of mediums, from film, trailers, TV, promos, and ads with companies like 20th Century Fox, Sony Pictures, Beats by Dre, AV Squad, and the non-profit Sick Kids Hospital, supporting creatives and teams alike.