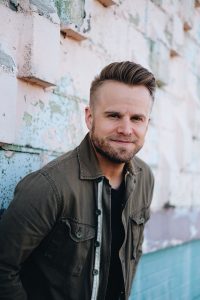 Paul Logan is Big Loud’s Vice President of Sync & Visual Strategy where he seeks opportunities in film, television, and video games for their artists and songwriters, as well as develop the programming strategy and rollout for the label’s video content. He was previously at Spotify as Lead, Playlist Video Operations, overseeing content programming strategy across flagship playlists and enhanced albums, including for Taylor Swift, Post Malone, Ed Sheeran, The Beatles, Luke Combs, and many others.

Prior to Spotify, Logan spent 12 years at Viacom, in a range of positions at CMT, VH1, and MTV. As CMT’s Director of Creative Music & Licensing Strategy in Nashville, he was the network’s music supervisor for featured placements in their scripted, reality, and documentary programming. At VH1 in Los Angeles, he supervised music for 28 seasons of various series as Manager of Creative Music Integration, and also coordinated consumer promotions and partnerships in their New York offices. As part of MTV’s Music & Talent team in Los Angeles, he coordinated artist bookings for the VMAs, Movie Awards, and more.

Independently, Logan co-supervised music for the documentary Out & Around, featured at TED Talks and selected to the San Luis Obispo Film Festival. He’s been a speaker for the National Association of Recording Industry Professionals in London, Paris, and Berlin, as well an industry panelist for the Nashville Film Festival, Leadership Music, Women’s Music Business Association, Sunset Sessions, Durango Film/TV Expo, SyncSummit, AmericanaFest and more. He has also enjoyed speaking to the next generation of the music industry in sessions at UCLA, Arizona State University, Belmont University, and Vanderbilt University.