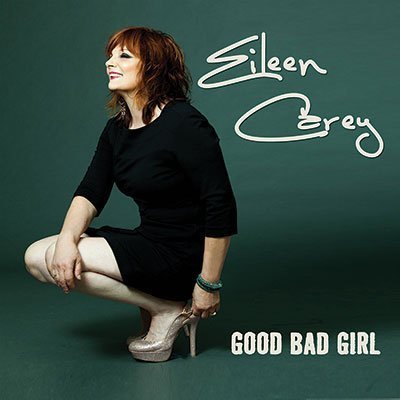 Eileen Carey (www.EileenCarey.com is a singer-songwriter-vocalist in the Pop-Country genre who has emerged over the last few years as both an accomplished storyteller and effective, appealing stylist, while making music that deftly combines country influences with pop arrangements. Her songs also offer distinct, prominent messages about personal empowerment and emotional fulfillment. – Ron Wynn, Nashville Music Guide

Awesome song! Great sound! Great Talent! Really enjoyed this one (Good Bad Girl), and your listeners will too!
– Travis Hickman, Program Director, WEPG, Jasper, TN
If you were to ask her if she’s a good girl or a bad girl, Eileen Carey’s latest release makes it clear she’s very flexible.  “Good Bad Girl” is a fun song.  You’ll like it!  However, after listening to it, if you entertain thoughts of giving Eileen a call, forget about it.  She’s booked up!– Bill Hughes, New Country Brew, Nationally Syndicated Radio show
Eileen Carey’s Good Bad Girl
https://soundcloud.com/eileencarey/good-bad-girl
Eileen Carey Interview in the Huffington Post!
http://www.huffingtonpost.com/entry/590a77a1e4b03b105b44bf33
Cover story in the Pasadena Weekly
https://www.pasadenaweekly.com/2017/02/16/breaking-big/
Artist Bio
California country-pop singer-songwriter Eileen Carey, the Los Angeles Music Award’s Female Country Artist of 2017 and New Music Weekly’s Country Breakthrough Artist of the Year 2016, was also awarded the National Radio Hits’ Favorite Female Country Artist of this Year and the Independent Radio Networks Crossover Artist of 2016 for her amazing crossover appeal from Country to Adult Contemporary and Pop music and back again to her country roots. Eileen has also won two Los Angeles Music Awards in the past for her brand of positive country-pop, and a South Bay trophy. She is also a two-time Akademia award winner, most recently for “In the Air” in the pop rock category. Featured on KCAL -9/CBS LA ‘The Weekend Morning Show, her singles “Good Bad Girl,” “In the Air,” “Faith,” “Bring on the big” and “Bottle Your Crazy Up,”  have topped all the New Music Weekly’s Country Radio Charts in the past two years; and most of NMW’s Adult Contemporary and Top 40 charts as well.
Eileen has been a regular of the fairs and festivals in Southern California since 2009, and has played L.A. County, Orange County, San Diego, Venice Summerfest, Saw Dust, Del Mar, Apple Valley, etc., repeating with all. This past summer she added the California State Fair in Sacramento, opened for Nelson at the Canyon Club in Agoura Hills and just recently opened for Tal Bachman at The Rose in Pasadena. Recently she sold out The Mint in Los Angeles, and played to over 1100 people at the Boulevard 3 in Hollywood California. She is a fan favorite here in Southern California. She also has a solid following in Nashville having played the honkytonks and clubs there for years, including the Blue Bird Cafe, Rippy’s, Honkytonk Central and Tootsies, and she regularly plays those places for both the CMA Fest and the Country Radio Seminar.
Eileen Carey has served as an artist ambassador for the Supercuts beauty salon chain, and showcased her music and mothering skills, being that she is also “The Music Mom” www.themusicmom.com, to a national television audience on the Nick Jr. docu-comedy called ‘Take Me To Your Mother.’ Her Youtube channel has had over 150,000 views to date.
In her off hours, she works diligently to secure good homes for abused and stray animals. A couple summers ago she co-produced, along with Morgan Fairchild, and opened for Carl Verheyen in an outdoor benefit for the free animal clinic in Los Angeles called FixNation, at The Autry (Museum) in Griffith Park. She stays healthy and alert having trained at Classic Kickboxing of Pasadena for the past ten years.
YouTube Links Music Videos
Faith https://www.youtube.com/watch?v=2-k9peQdISM
Bottle Your Crazy Up  https://www.youtube.com/watch?v=4ejUG9kEGvs
In The Air https://www.youtube.com/watch?v=SBAO-gGNhqM
SoundCloud Links
https://soundcloud.com/eileencarey
https://soundcloud.com/eileencarey/bottle-your-crazy-up
https://soundcloud.com/eileencarey/faith-1
https://soundcloud.com/eileencarey/let-it-go https://soundcloud.com/eileencarey/dontgetmewrong
Social Media Links
www.eileencarey.com
www.facebook.com/eileencareyofficial
https://instagram.com/eileencarey
www.twitter.com/eileencarey
www.reverbnation.com/eileencarey
www.instagram.com/eileencarey
www.spotify.com/EileenCarey
Past Shows
http://eileencarey.com/site/shows/
Further Press
http://countrymusicatk.blogspot.com/2016/04/album-review-let-it-go-by-eileen-carey.html#more
http://www.nashvillemusicguide.com/a-little-faith-will-carey-a-dream/
http://www.pasadenaweekly.com/cms/story/detail/country_in_the_sand/13384/