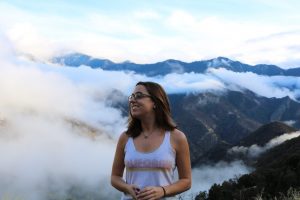 Jessica Gramuglia, based in Los Angeles but a born New Yorker, got her start in the big apple after receiving her Bachelors of Science in Music Industry from Northeastern University. With a wide variety of experience from records labels, artist management companies, promotions and live music, she started working with local production companies to supervise their indie films. Chasing her sync dreams, she moved out to LA to accept a role in licensing at Warner/Chappell Music, Inc to later transition over to creative at Warner Bros. Television (Big Bang Theory, Fuller House, The Middle, Rizzoli & Isles etc.) and Freeform/ABC Family (Baby Daddy, The Letter, Monica the Medium, Young & Hungry, etc). She built her own company, Awkwardly Naked, where she handles creative, clearance, licensing and invoicing for indie production companies, brands, influencers and digital outlets while providing consulting sessions directly with musicians/managers for creative discussions on writing for sync.
She was on the executive board of JHRTS (Juniors in Hollywood Radio & Television Society) who put on multiple events a month ranging from panels, q&a’s, mixers and philanthropy. She planned and moderated JHRTS’s first ever Music Supervision panel. She was also the co-head of Synch This, the top sync music networking group who put on industry showcases, mixers and philanthropy events throughout the year.