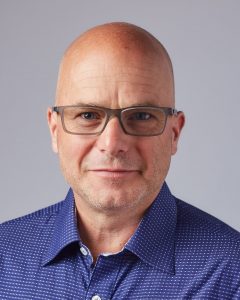 Jeff Van Driel is CEO of mVibe, a music tech startup utilizing state-of-the-art technology and concierge services for the discovery and licensing of cover songs and re-records for synch. As a versatile global executive, he brings a unique combination of business, financial, and legal insight to his work in the music/entertainment/media and technology industries.

Van Driel has a deep-rooted passion for deal-making, growth, and leadership. He has spent his career cultivating change to increase profitability, foster growth, and implement sustainability for B2B companies.  Van Driel is an expert at developing new business ideas both collaboratively and individually. Prior to joining mVibe, he spent 10 years at Naxos Music Group, building one of the world’s largest digital distributors of independent classical music and video.  As CEO and President, he led business development and digital strategy and expanded revenue streams to ensure sustainability through new services and partnerships. Prior to being named CEO of Naxos, he was Director of Business and Legal Affairs & Head of Legal Worldwide, where he negotiated and expanded record label and digital distribution agreements from 35 labels in 2007 to over 350 by 2012. In addition, as an accomplished entrepreneur, he launched Nashville-based independent record label Suite 28 Records, which specializes in drawing influences from combined genres in classical, jazz, and world music.

Van Driel holds a Juris Doctor degree from the University of British Columbia and a Bachelor of Business Administration in Finance degree from Wilfrid Laurier University. He sits on the Board of Advisors for eMusic in NYC and is an Advisor to the CEO of Exactuals in Los Angeles. As an engaging, dynamic leader and an excellent communicator, he instills a shared passion for bringing out the best in people. He gives back to the Greater Nashville community by volunteering at Samson House, where he also sits on the Board of Directors, and at Built2Last, where he’s a Team Leader and Mentor. Van Driel lives south of Nashville in the rolling hills of Tennessee with his wife Loretta, two remaining children at home (of six), three motorcycles, four horses, three cats, and two dogs.