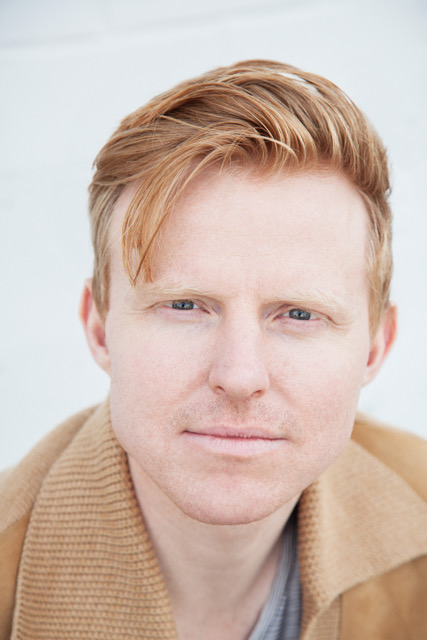 Building his career from the streets, one passer-by at a time, Martin Kerr has been able to make a living as an independent musician for the last 10 years. Kerr is no stranger to taking his guitar, along with his busking amp, andsetting up his CD store anywhere he could gather an audience. “To connect with people who left the house that morning not expecting to hearlive music in the street, for a song to stop them in their tracks on their waygetgroceries or run to the bank, is a really special thing.” says Kerr. It has been these connections that have enabled him to build a fan base of loyal supporters who he refers to as more of a family.

With their support he has been able to achieve things usually out of reach for an independent musician – such as selling out 2 nights at the 1700-seat Winspear Centre, and landing his latest album in the Canadian top 10.

Often compared to James Taylor and more recently Ed Sheeran (although that might have more to do with his ginger hair and charming English accent)Kerr’s storytelling is guaranteed to cover the whole spectrum of emotions. His powerful voice and intricate songwriting has earned him praise from the likes ofSarah McLachlan and Bruce Cockburn.“You have to make people laugh before you have a licence to make them cry. Tosee people experience sucha range of feelingswith me at my live shows is my favourite thing about being a musician. There’s something beautiful about sharing both happiness and sadness and then happiness again with a stranger.”Kerr explains.“I always tryto send people home with a happy heart”

Kerr’s lighter side is something to look forward to in the music of his forthcoming ‘You’re Amazing’EP. The song ‘You’re Amazing’has been the soundtrack to a summer packed with festivals and outdoor performances which has seen the audience enthusiastically join in chorus for the line “I’m not bad myself but you’re amazing.”

“I never thought I would write a song that people would sing along to the first time they heard it, although that has always been my dream,” explains Kerr. “At the festivals this summer I could hear people singing that chorus to themselves and to each other as they were walking home which was such a great feeling.”

‘You’re Amazing’was the result of a recent writing and recordingsession in Sydney, Australia with award winning producer Chris Vallejo. Chris is known for his work with Passenger and their hit “Let Her Go” which recently hit 2 BILLION YouTube views. Martin has also been co-writing with some of Canada’s best talent includingDarrylJames (Strumbellas) and Ryan Stewart (Carly Rae Jepsen, Hedley) to develop material for his next release.