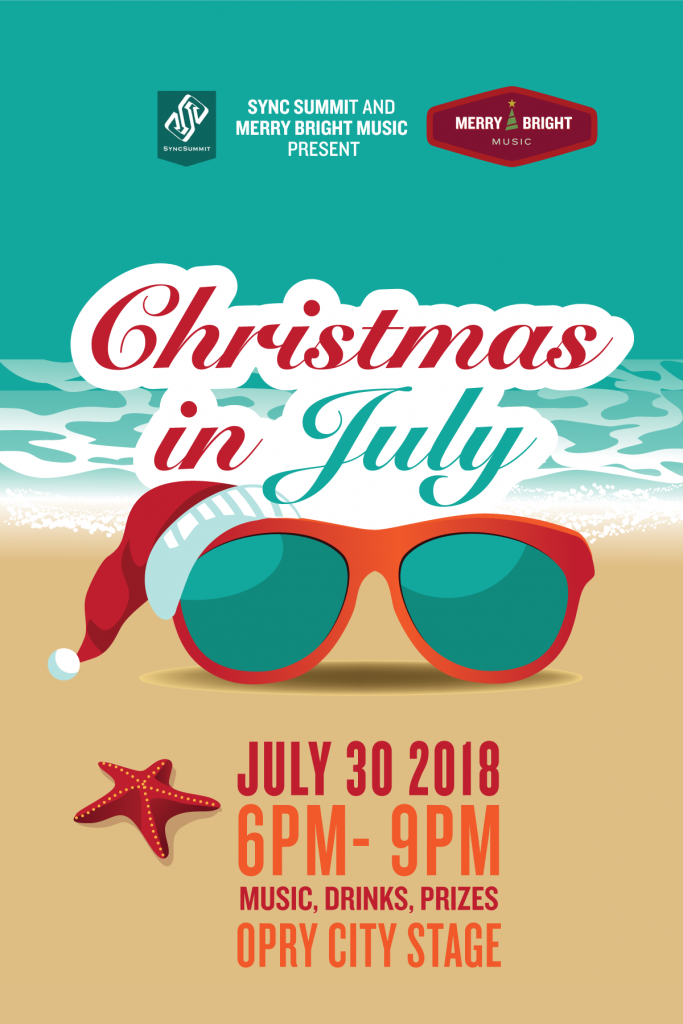 Well, the weather outside is frightful, and the AC is so delightful, and we’ve got a place to go: Our Sync Salon Christmas in July Party!

We’ve teamed up with our friends at Merry Bright Music to hold our first monthly Sync Salon and annual Christmas in July party on July 30th from 6 PM – 9 PM at the Opry City Space at 1604 Broadway (49th and Broadway).

Why Christmas in July?

From a sync perspective, now is when decision makers are looking for holiday music to use in ads, brand campaigns, films and TV and apps for the Christmas season, and we wanted to bring together you and some of those decision makers to network, share knowledge and make connections – and maybe make a Christmas sync deal miracle or two.

Panels, performances and so much more.  The Christmas in July party is also Sync Summit’s launch of its monthly Sync Salon series, a monthly networking meet up that combines a panel or keynote from key industry decision makers with performances and networking.

For Christmas in July, we’ve gathered together some of the leading lights in the the worlds of music and media to discuss how they use music in general and the importance of holiday music in particular.  Our panel includes:

There will be 1-2 other prominent speakers from advertising and film announced shortly.  Here’s some of the other highlights:

And, once the event is done, we’ll share a contact list of all attendees.  It’s a great, fun productive way to spend a Monday evening. The cost to sign up for the Christmas in July Sync Session is $50. To sign up, simply fill out the form below: