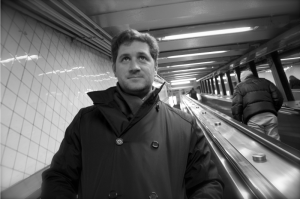 JESSE VOCCIA is a composer, multi-instrumentalist and music producer who has worked on more than 50 feature films from studio blockbusters to independent documentaries. His upcoming project Bosch (Titus Welliver, Lance Reddick) is a new episodic from Amazon Studios based on Michael Connelly’s bestselling detective book series. Other composing credits include the recent spoof comedy A Haunted House 2 (Marlon Wayans, Jaime Pressly), the Showtime hit series The Big C (Laura Linney, Oliver Platt), the action thrillers Ca$h(Sean Bean, Chris Hemsworth) and Game of Death (Wesley Snipes), the surf documentary Splinters and the supernatural thriller I Will Follow You Into the Dark (Mischa Barton, Ryan Eggold). As an additional composer, his credits include Sex and the City, The Proposal, The Last Song, Why Did I Get Married Too? and Akeelah and the Bee. Jesse’s instrumental repertoire includes both conventional and exotic stringed instruments, keyboards and analog synthesizers.