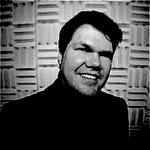 Munich-based Constantin Film AG is the largest film production and distribution company in Germany (founded in 1950 in Frankfurt), and between its TV and Film production units, has produced some of the most successful and critically acclaimed cinema and television projects in Europe and indeed across the world, producing film titles that include The NeverEnding Story, Downfall, the Resident Evil series, The Three Musketeers, Fantastic Four, Tarzan, Pompeii and TV shows that include Verbrechen (Crime), Rosa Roth and Der Verlorene Sohn (The Prodigal Son).

Considering the breadth of Constantin’s production and development (8-12 feature films and ~20 TV shows annually), it’s no surprise the company is also one of Europe’s most prolific collaborators with composers, publishers, artist and labels.

The man leading efforts at Constantin is Christoph Becker (who is also speaking at Sync Summit Paris 14-15).

Becker was born 1967 in Muenster, Westphalia, Germany, wrote for magazines and newspapers such as “Tempo”, “Die Woche,” “Die Zeit” and the ARD late night show “Schmidteinander.” He advised Universal Music, NDR radio network, artist management companies and is the Co-Owner and Founder of the music production company BASS in Hamburg.

Together with Tim Renner, former CEO of Universal Music Germany, he has written the book “Kinder, der Tod ist gar nicht so schlimm (Death Is Not So Bad – On The Future Of The Music And Media Industry)”.

In this interview, Christoph gets into the management, developmental processes at Constantin, how he works with rights holders and composers  – and what he looks for in a working relationship in music for visual media.

MF: Tell us about your role at Constantin Film and Music and your work as Managing Director

Christoph Becker: Constantin Film is a Munich based film and TV production and distribution company with international offices in Los Angeles and London. We are a big independent (actually the market leader in Germany) with international activities.

I’m responsible for music – in the US my job is called “music executive“ … as I oversee all projects related to music. I’m managing director of 3 companies. Constantin Music GmbH – were we handle music supervision and administration issues, Constantin Music Verlag GmbH – our music publishing company, Koenigskinder Music GmbH – our soundtrack label. It’s a chain of rights approach.

MF: So your role encompasses procuring music for the various films that you produce as well as the development of soundtrack projects?

Christoph Becker: Well, our soundtracks mostly grow out of our own projects. Here and there we license interesting soundtracks. But this market is quite risky – so we keep additional OST (Original Soundtrack) projects on a digital level.

My main job is to deal with all kinds of music in our films – curating score and source. Producing, licensing, exploiting.

MF: Ok, and when you are developing projects – how much of the music is original compositions from composers you work with versus existing tracks?

Christoph Becker: That’s 100% depending on the kind of film.

Now we are finishing a new film called “Love, Rosie,“ based on a book by Cecilia Ahern (P.S. I Love you) with just 30 minutes of original score and 38 songs to license. So, it’s a mix. Always different.

Christoph Becker: And the producer 😉  …. Absolutely

MF: Right – so about how many projects do typically work on a year? And, do you work with people from all over the world in terms of composition?  Based on the project again right?

Christoph Becker: 8 – 12 motion pictures (about 3 – 5 international, the rest has a German/European distribution focus) and about 20 TV films.

MF: So the next question then is locality… putting aside business considerations – which we can address later – what are the differences, if any, when you are prepping music for a project that’s for EU consumption versus international release – are there any significant differences?

Christoph Becker: Yes, we are working with composers from all over the world – from Germany, of course. But from the US (e.g Pompeii = Clinton Shorter, Tarzan = David Newman) or Sweden (Johan Söderqvist) as well.

MF: On the range of composers… I would think that for many projects composers are better as you ultimately have more of a customized approach in terms of the final product

Christoph Becker: Quite often, the composer decision is affected by tax cut issues etc. We always try to find the best composer creatively but there are some influences.

And regarding the creative differences: e.g. there is definitely more CGI/animation know how on the part of composers in the US.

MF: Of course – the interplay of business and creative is always something that has to be considered in any decision to use a particular composer, even if at the end of the day the best result in a creative point of view is what’s important

So with that said, tell me, what are the differences in working in the European market from a business perspective compared to outside the EU?

Christoph Becker: There are so many talented composers everywhere – I get more than 10 profiles every week directly from composers or from their agents.

Now as to working with US composers versus the EU, one of the issues is that there is no real talent agency system in the EU. Surely, there are some agents. But generally, the setup in the US is more organized and close-knit.

MF: So in the US, the system is more organized/established in terms of sourcing composers and music, though at the same time there is amazing talent in the EU of course…

Christoph Becker: Absolutely, if you looking at composers in Spain, France, UK, Poland or Germany … to name a few countries. Amazing!

The fact is, LA is the hub for film composers – and their agents. But this scene is also very interested in European projects, so I’m in close contact to all important agents all the time.

MF: And, in terms of the rights – what are the main differences between what you to in the EU versus rest of the world?

MF: Yes exactly… what are the main differences now in terms of working and paying for song rights in the EU versus rest of world?

Christoph Becker: There is no real difference in motion picture licensing. We’re all trying to make the best deal possible with publishers and labels.

Regarding TV in Europe, we do have a blanket license agreement for all ‘commissioned productions’ by a network. That’s the reason why we have all these TV films with Beatles or Rolling Stones songs – blanket license & old fashioned directors.

MF: Well, in the EU that certainly gives you a major advantage for TV projects in terms of selecting the music you can use – though it’s a very different story for the US – using the Stones or the Beatles would be a huge challenge wouldn’t it?

Christoph Becker: Absolutely! With that said though, sometimes, a blanket license scenario is eliminating all creative solutions …

MF: Well, it does make things more clear-cut in terms of the licensing process, at least for European consumption, doesn’t it?

Christoph Becker: Yep, we just have to license DVD rights and maybe sync rights for a clear-cut use abroad. Quite often there is an alternative mix with library tracks as well.

MF: So that means that ultimately if possible, and if it works creatively, original composition is a better solution for international releases, right?

Christoph Becker: Right. We need to create music for high-profile TV projects like the series Verbrechen (Crime- a 6 part ZDF series based on a very successful book by Ferdinand von Schirach), the include original composition & amazing independent songs that we ca license for very low fees, which was very challenging!

MF: So how do you usually discover music and/or composers?  Trusted sources?  Agents? Tell us a little bit how you go through the music procurement process

I’m also reading magazines, blogs, getting links at Facebook. And listening to many new releases all the time.

Plus: as many concerts as possible. It’s mainly about an ongoing and never-ending enthusiasm for music.

MF: Do you use any online exchanges like or marketplaces to discover music or is it more about traditional methods?

Christoph Becker: No, I’m not into online exchange marketplaces.

MF: Ok, moving on, let’s talk budgeting. What kind of average budgets do you have for projects or are they all over the place dependent on the project?

Christoph Becker: Yes, budgets are all over the place – and that’s what I like.

Because you have to find creative solutions for low-budget projects, try to convince artists and their representatives to be part of it and forget about the money.

And on the other hand, we are spend a million+ Euros budget on a large international project.

MF: No matter the budget, it’s about making it work no matter what the project or the constraints…

MF: Tell us a story of a really compelling project where you ended up succeeding on despite some challenges.

Christoph Becker: When we did The Three Musketeers a few years ago I came up with the idea of British supergroup Take That doing the exclusive title song “When We Were Young.”

The Three Musketeers Title Song: When We Were Young (Take That)

Amazingly, our producer on the project Jeremy Bolt and director Paul Anderson are both British and they embraced the idea. Thank God.

I started the project with contacting Gary Barlow, main songwriter, singer and kind of head of Take That.

He was incredibly enthusiastic and so we started this journey, including a new song composed after an exclusive movie screening for the band in LA. Then, it became the last single of an incredible multi million campaign by Universal Music (and 4 publishers), shooting the music video after a sold out Wembley stadium show, countless EPK shots and finally a 3D shoot with the band to open the entire film in most territories.

And we produced a massive score together with Paul Haslinger simultaneously.

Christoph Becker: Definitely! To enter Wembley Stadium… holy turf. And, to shoot our video there. Amazing. Even Gary Barlow and Robbie Williams were very cool to deal with at that moment, especially considering they had entertained an entire stadium of 90,000 people one hour before…

MF: Very cool! Now, one last question for you – if I am a composer or rights owner – what is the best way for me to get my music to you?

Christoph Becker: A classic: send me a nice and polite mail with a link and some valid information about you and your music. Under the link I can download 10 tunes – perfectly tagged. And don’t forget your contact…

MF: Thanks very much for your time Christoph!

Christoph Becker: Thank you very much. That was fun! 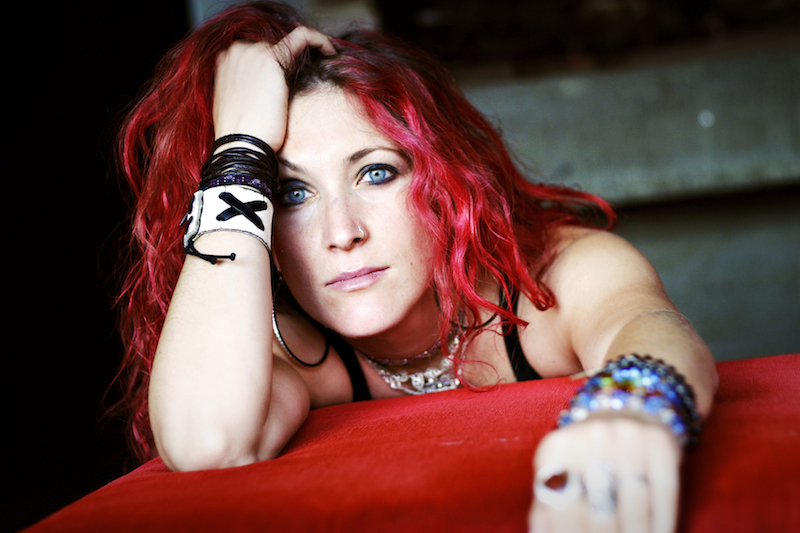 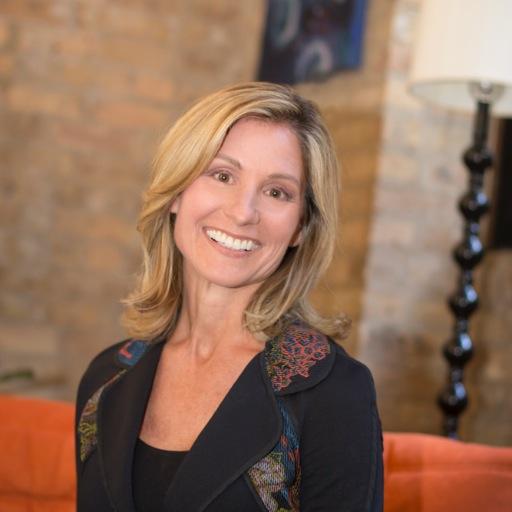