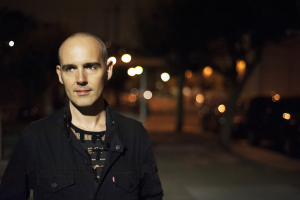 Gregory Douglass evocative pop sound blends “Rufus Wainwright’s opulent musicality and Justin Timberlake’s accessible soulfulness” (OUT Magazine). NPR’s Morning Edition coined him “one of New England’s best-kept secrets.” According to Pandora’s co-founder, Tim Westergren, Gregory is one of the top independent artists on Pandora radio today. With ten (10) studio albums independently released, his songs have reached millions of listeners digitally and his videos have amounted to more than a million views on his YouTube channels.

Since teaming up with Song & Film, Gregory’s song “Alibis”was featured on Netflix original series “The Rain”in 2018, which sparked a fast-growing international following of his music. He has shared the stage with artists including Jason Mraz, They Might Be Giants, Regina Spektor, Shawn Colvin, and The Weepies, among others.

His recent release My Hero, The Enemy speaks directly to the crucial paradigm which Gregory describes as “The blessing and the curse of creativity in the age of information.”Gregory explains, “It’s also an ode to being a creative person in the digital age, and what a dichotomy it can be. At the same time, every song on My Hero, The Enemy explores the polarity of such emotional struggles, and attempts to expose the underlying truth behind many of life’s misconceptions.” 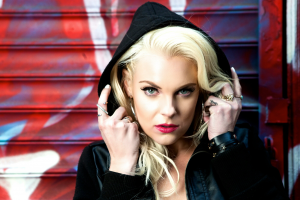 “I mostly write in hindsight, because I have to be able to process all of the emotions of what’s happened before I feel like I can give a clear view from start to finish in a song.” That clear-eyed, measured view of her song craft is what gives Chelsea Dashthe ability to write insightful, powerful pop songs with a purpose. What purpose? To empower and inspire – all while having a good time. Her clear view is on full display, from start to finish, on each of the eight tracks found on her aptly titled album, Dangerous.

Dash is an enigma in the most positive sense of the word. She was born and raised amongst the natural wilderness surrounding Mill Valley, CA, but admits she’s not a “small town person” and from a very young age knew she wanted to live along the concrete canyons of New York City. She’s smart and sexy and declaratively affirms she’s a fierce feminist in a male-dominated industry. Add these and many other traits, including the fact that she is a reflective versus reactive songwriter, and you get a sense of the subtext of several songs on her most recent release Dangerous.

Since teaming up withSong & Film, Chelsea’s song  “Glow In The Dark”(Dangerous) was licensed to the Univision channel for the biopic “Su nombre era Dolores” based on the life of Jenni Rivera.