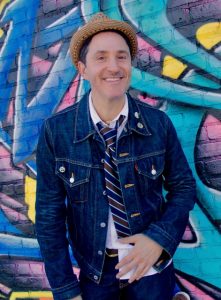 Prior to FGM he was an A&R executive for Island Records, Q/Atlantic Records and Robbins/BMG and an A&R consultant where he worked with such artists/producers as Snoop Dog, Fat Joe, Steven “Lenky” Marsden, Wyclef John, Pitbull, Dawn Robinson and more.

He is currently an adjunct instructor in music business at Marymount Manhattan College’s Theater Arts Department. He previously taught at the Clive Davis Department of Recorded Music in New York University’s Tisch School of the Arts and in the MBT program at NYU’s Steinhardt School of Culture, Education, and Human Development.  Mr. Finegold holds both a Bachelors Degree in accounting and finance and a Masters Degree in arts administration, from New York University (Stern School of Business and Steinhardt School of Culture, Education, and Human Development).

A hip-hop fixture since 1985, DJ and radio host “P Fine” has been instrumental in presenting advanced hip-hop and up-and-coming MC’s through radio shows on the influential WNYU-FM, his writing via CMJ, and Dance Music Report, and DJ’ing, and party promoting at clubs such as The World and Palladium. In the mid 80’s he was a fixture on the Manhattan club scene and was active in helping bring hip-hop to the Downtown scene.  While a radio DJ he interviewed the top names in rap including Doug E Fresh & Slick Rick, Public Enemy, Grandmaster Flash, Boogie Down Productions, LL Cool J and many more.

He is a Grammy voting member of NARAS and has lived in “Downtown” NYC for over 25 years.

Music from the June 2, 2018 Listening Session with Ashley Neumeister