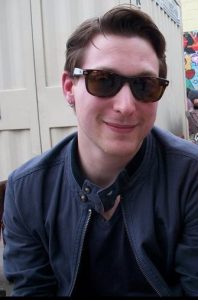 Theo Aronson is a music producer and creative director based in Brooklyn, NY. In 2016 he joined Communion Music as Head of Creative for Communion Records U.S., where he oversees A&R and pitches Communion’s catalog for synch opportunities in advertising.

Communion Music is an artist-­led organization which combines elements of live promotion, publishing and recording to create a hub for artists to develop and flourish in an increasingly competitive music industry environment. The organization was founded in London in 2006 by musicians Ben Lovett (Mumford & Sons), Kevin Jones (Bear’s Den), and producer Ian Grimble (Manic Street Preachers, Travis, Beautiful South) in the basement bar of Notting Hill Arts Club.