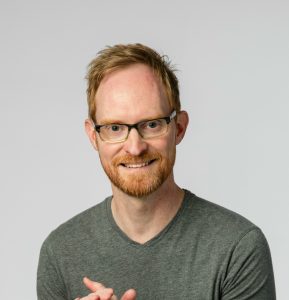 John Martin Keith is a singer-songwriter/producer/composer with Edenbrooke Productions in Nashville, Tennessee. He has over twenty years of experience in the music industry and has performed in front of thousands from the stage along with artists including Steven Curtis Chapman, Jaci Velasquez, and Gordon Kennedy, among others.

Originally from Paducah, Kentucky, John Martin (also known as Marty) began learning to play the guitar at the age of four from Herb Chapman Sr., father of GRAMMY and Dove award winning artist Steven Curtis Chapman. Throughout his early life, Marty played talent shows and county fairs in Kentucky, sharpening his skills and preparing for the day he would move to Nashville, Tennessee to pursue his dream of a music career.

John Martin’s songs are about real life, real joy, real love and real struggles. They fit into every category of life. The themes of love, togetherness, and overcoming adversity are woven throughout his music, which is what you want in the tv/film world! John Martin has songs signed to multiple licensing agents and music libraries around the country, including L.A., New York, and Miami. His music has been featured on CBS, FOX Sports, Discovery Channel, History Channel, Animal Planet, VH1, The Travel Channel, The Smithsonian Channel and more.

As a producer/composer through his company, Edenbrooke Productions, John Martin has worked with artists and songwriters from around the world. He collaborates with others to create the best song possible that will connect not only with the listening audience, but also with agents and music supervisors looking for that perfect song to fit a scene in a tv show, movie or ad campaign.

John Martin strives to create great music with the hope of enriching people’s lives. In upbeat songs of praise to our Creator, heartfelt love songs for his wife, or heartbreaking stories of despair he has personally encountered, everyone can relate to John Martin Keith’s music.

Showcase Artist: The Dawn Of MAY