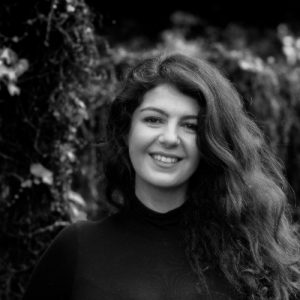 Please join us on October 20, 2019, at 10 AM Pacific/1 PM Eastern, with Mocean VP, Music and Music Supervisor Sanaz Lavaedian for what promises to be a fantastic Supervisor Listening Session.

As VP of Music at Los Angeles-based entertainment agency MOCEAN, Sanaz Lavaedianhas never had a doubt in her mind that music supervision is exactly where she wants to be.

An LA native, Sanaz has always been fascinated by the relationship between music and visual media; particularly the make-or-break role that a song can have on a movie trailer. .So it was only natural that upon graduating from UCLA, Sanaz set out to pursue music supervision for film, television, and theatrical marketing.

Her journey began as a music coordinator at SynchroniCity, and from there, she soon moved on to join Reel Music under the direction of Robin Urdang. Urdang became a true mentor to Sanaz, guiding her through notable projects such as ABC’s Brothers & Sisters, FOX’s The Good Guys, USA’s Burn Notice, Rabbit Hole, Pirahna 3D, L!fe Happens, The Oranges and 2011’s critically acclaimed indie hit Beginners.

In 2010, when Sanaz met music supervisor and DJ extraordinaire Patrick Belton, there was instant chemistry. The two knew that with their shared passion for music in media, together they could create something unique. With that, Off The Record Music Supervision was formed, where Sanaz and Patrick would go on to supervise several major films.

At MOCEAN, Sanaz has had the privilege to oversee music for major theatrical campaigns (including Mad Max, Avengers, Guardians of the Galaxy, Deadpool,The Shape of Water and thousands of others) in addition to serving the agency’s broadcast, TV/streaming, home entertainment, and consumer branding divisions.

If you ask her what she’s most excited about for the future, she’ll tell you with a sly smile, “I’d LOVE to share with you, but I’m under a strict NDA…”