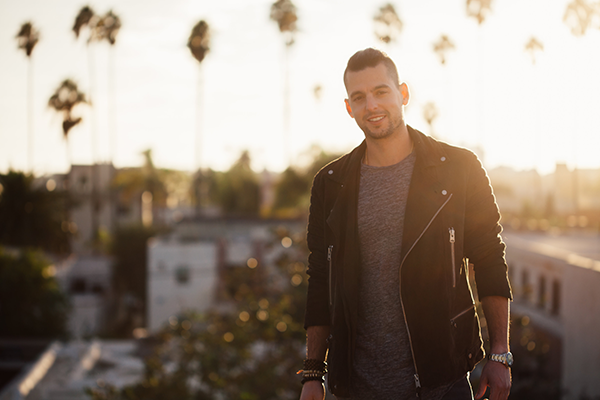 Justin Lefkovitch is the Founder and CEO of Mirrored Media, one of the entertainment industry’s most influential experiential marketing agencies. Justin sits at the intersection of entertainment, marketing, and the fan experience. He founded Mirrored Media with the core understanding that the relationship between the entertainment and marketing industries is unique; one that struggles at times due to industry language barriers, intimidating cultural nuisances, and different objectives. Justin took his vision and created a team composed of experienced entertainment and marketing industry alums with a focus on music. Mirrored Media creates high impact, enduring lifestyle campaigns, specializing in music and entertainment. Their success is defined by creating authentic experiences that drive engagement and promote growth. Mirrored Media brings campaigns to life that are a win-win for the talent, the brand, and, ultimately, the fan.

Justin’s experience allows him to truly create a company and culture that bridges the gap between music, technology, influencers, art, and fashion. He has curated some of the most successful campaigns, and his work has been recognized for its creativity and transformational results by Forbes, EventMarketer, Chief Marketer, Inc., AdWeek, LA Business Journal, Huffington Post, and Summit International Creative Awards. Justin has been named one of Los Angeles Business Journal’s “Top Twenty in Their 20s” and The Apex Society’s “Power 30 under 30”, while leading Mirrored Media in winning consecutive EventMarketer’s Top 100 agencies “It List”, Chief Marketers “Top 100 Promotion Marketing Agencies”, Summit Creative Awards Experiential Winner, Inc. 5000 Fastest Growing Companies in America, and more. Justin is also heavily involved in philanthropy, including sitting on the board of directors for Project Survival Cat Haven.

Mirrored Media is a full-service experiential marketing firm that creates high impact, enduring lifestyle campaigns specializing in music and entertainment. As innovators within the space, Mirrored helps brands reach their target market through authentic, stand-out experiences that are a win-win for the talent, the brand, and ultimately, the fan. Founded by CEO Justin Lefkovitch, Mirrored Media’s team is composed of experienced, industry-leading experts in production, event design, brand marketing, sponsorships and promotions, talent booking and management, and content creation. As an award-winning agency, Mirrored Media is consistently recognized as one of the most creative companies that caters to brands, media, influencers, and artists, creating custom tailored marketing solutions. By bridging the gap between music, technology, influencers, art, and fashion, Mirrored Media has curated some of the most successful and influential experiential activations and campaigns. Ultimately, every client experiences transformational results. Clients have included NBC Universal, Universal Pictures, TNT Turner, AT&T, Warner Bros. Records, Acura, mophie, CraveOnline, Bacardi USA, Fullscreen, Inc., TuneCore, Coach, and many others.

Press release: The Excellence in Music and Sports Awards