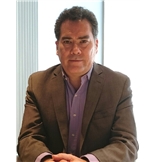 Established in 1963, Nichion is one of Japan’s largest and most successful music publishing companies. Nichion administers or controls both Domestic and International copyrights, and as a music publishing company is a direct affiliate of Tokyo Broadcasting System, or TBS, one of Japan’s leading television networks. In terms of Domestic repertoire, Nichion administers or controls a domestic music catalogue of nearly 40,000 titles. In addition to its Domestic catalogue, Nichion is also one of Japan’s leading sub-publishers for International repertoire.