Jonathan McHugh has spent over two decades working in film, TV and music. Through producing music themed film’s and TV shows to years of music supervision, soundtrack production, record and film company marketing and promotion, McHugh continues to bridge the gap between, music and visual media. His years for relationships with all the top music supervisors and Film & TV executives allows him access to place music in their projects for his clients. 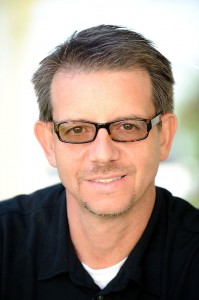 Jonathan has been the music supervisor for over 25 film and television projects including most recently Hillary Clinton’s intro film that debuted at the Democratic National Convention and the upcoming film “Son Of Mourning” starring Heather Graham, Danny Glover and Jamie Lynn Sigler. Some of his many other credits include Nobel Son, the Saw series, Rize, 2001Maniacs, Be Here To Love Me, Charm School, PS, Dumb and Dumberer, On the Line, Roger Dodger and The Secret Lives of Dentists. Additionally, he acted as music supervisor for the television movies A Tail of Two Bunnies, The Lone Ranger and the first-season of the hit WB television show Girlfriends (currently in syndication).

Positions like, Vice President of Creative Development at Jive Records, Vice President of Music at New Line Cinema, and Director of A&R/Soundracks at A&M Records allowed him the rare opportunity to not only create hit soundtracks but to implement and execute the marketing of them at the same time.

McHugh volunteers as a Board member of the Pediatric cancer charity, The Bogart Foundation where he is co chair of their annual William Morris Racquet Rumble tennis tournament.